The Kudos program allows faculty, staff, and students the opportunity to express appreciation for Williams staff who, by going beyond their regular job responsibilities, have:

In March, I requested from Provost Dukes Love funding for a summer research project that involved bringing 20 students (2 Williams students, 7 Afghan students from the American University of Afghanistan (AUAF), and 6 Ukrainian students) together. Starting in early July, the students spent a week in Geneva learning the basics of film production, then traveled to 7 different cities in Europe where they spent two weeks filming. Finally, they all reassembled in Prague at the end of July for a final period of film editing, after which they all returned to their various homes. The logistical requirements of this program were immense. Students had to be flown from as far away as Alaska. In total, there must have been over 100 plane, train and bus reservations to organize and pay for, along with ensuring that all the teams of students had funds for their living expenses. Since the Afghan and Ukrainian students were refugees, there were also visa and other sorts of issues to deal with that popped up unexpectedly. When one of the Afghan students got stranded and unable to find transportation to Prague, Kerry was on the phone with her early that Saturday morning, helping to figure out a way for her to find an alternative way to get to where she needed to go. Other times, I was getting emails from Kerry late in the evening, long after her work day was supposed to have ended but cognizant of the importance of keeping all the many parts of this program running in coordination with each other. Kerry took on all of these challenges and handled them with a degree of professionalism, good cheer, and good common sense that I have never before encountered. She was always on top of things. She cared about the students and got to know them personally; she anticipated the kinds of problems that might arise and dealt with each and every one without a moment’s hesitation or complaint. It is not even close to an exaggeration to say that this program could never have been undertaken without Kerry’s contribution. Keep in mind as well the late date at which this program was initiated (which was one of the indirect consequences of the sudden Taliban takeover last August and the resulting evacuation of AUAF students from the country). So quite unexpectedly (and while still learning the basics of her job, since she’d only recently been hired), Kerry had to help me get this whole complicated undertaking up and running. And maybe most impressive of all, she always had a smile on her face, and seemed to genuinely enjoy the challenge. For all of these reasons, Kerry is deserving of (much more than) the Kudos award. She’s a treasure! 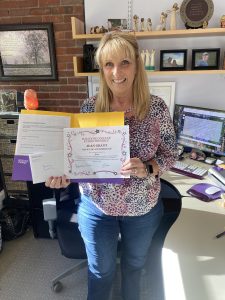 I was planning an event in the after-hours, and that day, Jean was done with work for the day. I needed to go to the supermarket to get snacks, but I thought I had lost my car keys. She drove me to the supermarket, brought me back to campus, and even attended my event! This is just one small example of how she “cares” for the student workers at the OAE. One day I told her that a friend of mine (a Williams alum who benefited from the OAE services) was at the hospital, so I needed to go to their house and pack some of their stuff. Jean offered to move boxes in her truck if necessary. When someone genuinely cares about students, even after graduation, you know you have an outstanding staff member! And that’s Jean Grant: an exceptional human being who truly truly cares!

Jean has been an incredible resource to the office and has helped tremendously while we transition into the new year without an Assistant Director. The OAE would not be the same without her and I want to thank her on behalf of all of the students who benefit from the services of the office 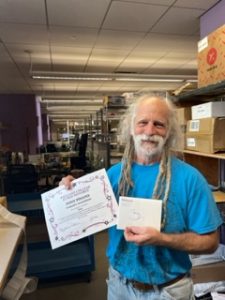 My department assistant, Sarah, ordered a number of office supplies for me from Staples, which ended up at the mailroom to be picked up.  They were various sizes, shapes, and weights.  When Tony realized that I had to carry them to Hollander Hall–there no longer seem to be dollys, and I couldn’t use my car because of the Mission Park Drive paving–he just got up and carried them to my office!  Like it was no big deal.  It’s not his job, the mugginess makes moving around miserable, and I am in no position to reward him.  He was kind, helpful, and diffident. 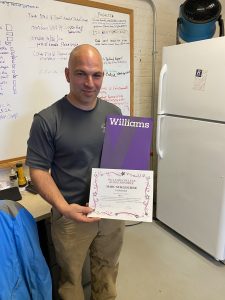 Marc dove into our swimming pool to take measurements of the pool drain covers that need replacing ASAP. The deep end of the pool is over 13 feet deep. Marc was able to get measurements for me .

Covid-19 is an ongoing concern in our region, including on campus. Safety measures are in place, and campus community members and guests are additionally advised to take personal precautions. See the college's Covid-19 website for information about campus policies. For the latest research and recommendations from the CDC, visit cdc.gov/coronavirus.